It’s a Mad World
Rifts in the Hero System

In the distance a small floating sphere appears on the horizon. Thadeus whispered “50x magnification” into a small microphone inside his helmet. The visor instantly sprang to life zooming in the object to the point where he could make out the exact design. There were large gauges in the armor and small sparks shot out every time it tried to rotate counter clockwise. He recognized it.

“What the hell are you doing out here?” He wondered almost under his breath to no one in particular. As the sphere got close it started to project an image, but unfortunately it’s time had come. The last of it’s power spent, the sphere dropped to the ground.

Thadeus cracked it open and retrieved the memory core to analyze back at his lab. There he got the message what little of it there was. Old Man Remmy was called Old Man Remmy by Thadues’ father who swore that he had never known him to look or act anything less then 75 years old. So Thadeus had just assumed that the old man had passed on long ago. Instead he saw the old man spryly leaping across a table shouting orders to a whole fleet of different spheres.

Finally he looked right at the camera for this one, “Go find Thadeus Aaron Grant, tell him I’ll be at the old lab, and that they are all dead, and soon he might be too.”

Thadeus quickly tried to think of who “they all” might be. He had grown up in an average town. he had spent quite a bit of time with the old man, because of his interest in blowing things up and the old mans knack for demonstrating the exact same thing sometimes on purpose others, not so much.

Thad was between jobs right now (a rather unpleasant set of circumstances for a self proclaimed mercenary.) So he set off to find out who “they all” were, what the hell was going on with old man Remmy, and why these people might want him dead also.

I cannot explain the idea behind rifts any better than the man himself Kevin Siembieda so I’m just going to ut and paste the explanation of Rifts form the core rule book for the Rifts gaming system. If you want to know more about the story behind Rifts click here – What is Rifts?

It's a Mad World Jaximus 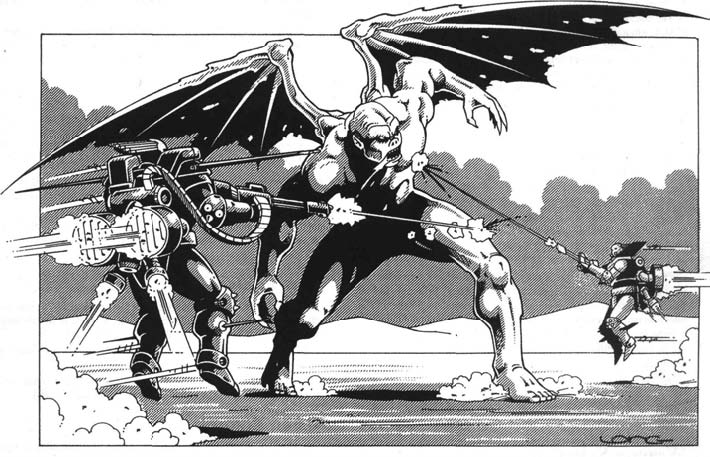 It's a Mad World Comments

There are actually many more maps for the world of Rifts. Each book has quite a few. So I picked the 10 most important. If you want more detailed information on a specific region, I can easily get it to you.

I’ve started this campaign page, although it won’t start for a while. First I’m going to finish up Blood Ties, then we’ll move on to this one. However since it’s a complete change in system and the Hero system requires quite a bit of work for character creation, and some of the player’s are even new to the Rifts world, I just wanted to get the information out there ahead of time. So people can be prepared.

I'm sorry, but we no longer support this web browser. Please upgrade your browser or install Chrome or Firefox to enjoy the full functionality of this site.